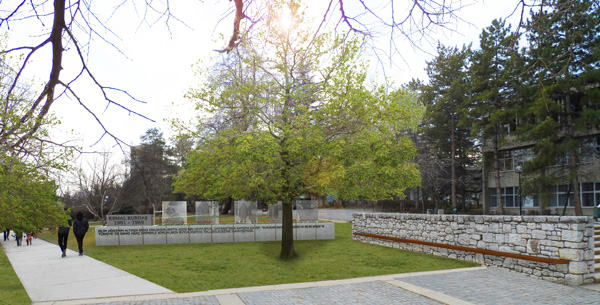 To symbolize the love of forests and trees that the former president Kemal Kurdaş bestowed on METU, the university planted a plane tree in his memory on a pedestrian route at a central place. The goal was to form a "commemoration corner" around this tree.

The commemoration corner designed as a "Wall of Flowers" is a monument with the dimensions 1m x 8m x 1.20m and located on the pedestrian route such that it can be seen both from the cafeteria and library approaches.

Alongside the Wall of Flowers there will be quotations reflecting Kemal Kurdaş's memories of METU, and on the big andesite block (Ankara stone) will be inscribed Kemal Kurdaş's name and the dates of his rectorship. There will also be Kemal Kurdaş photos engraved on five glass panels rising a meter above the flowers. The pictures were chosen to reflect Kemal Kurdaş's multi-dimensional personality. The transparent panels will be able to be seen from both directions, west and east, and will have an effective nocturnal presence under the spotlights.

A commemoration ceremony will be held on April 19th, 2012 Thursday, the death anniversary of Kemal Kurdaş. The ceremony will take place at METU Cultural and Convention Center. The tree planting is postponed due to weather conditions. 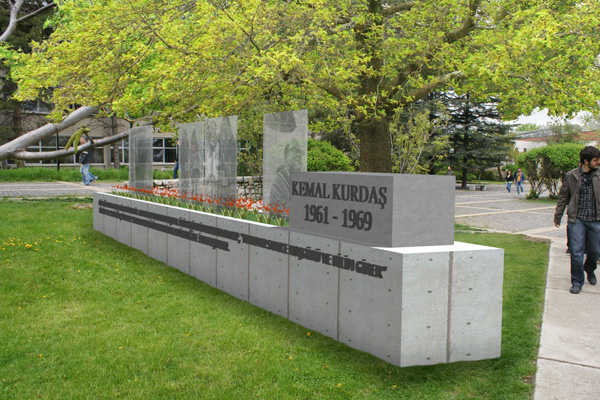 The memorial journal opened up after the decease of Kemal Kurdaş is accessible via http://www.kemalkurdas.metu.edu.tr/site-guestbook